A prehistoric Aboriginal settlement was recently discovered during a survey of gorges in the Flinders Ranges.

The site was filled with fossils and artefacts indicating that humans settled in the area up to 49,000 years ago – 10,000 years earlier than formerly believed.

Archeologist Giles Hamm and Adnyamathanha elder, Clifford Coulthard were surveying the area when they stopped the car for a bathroom break and came across a rock shelter with a blackened roof, indicating fire and human activity. 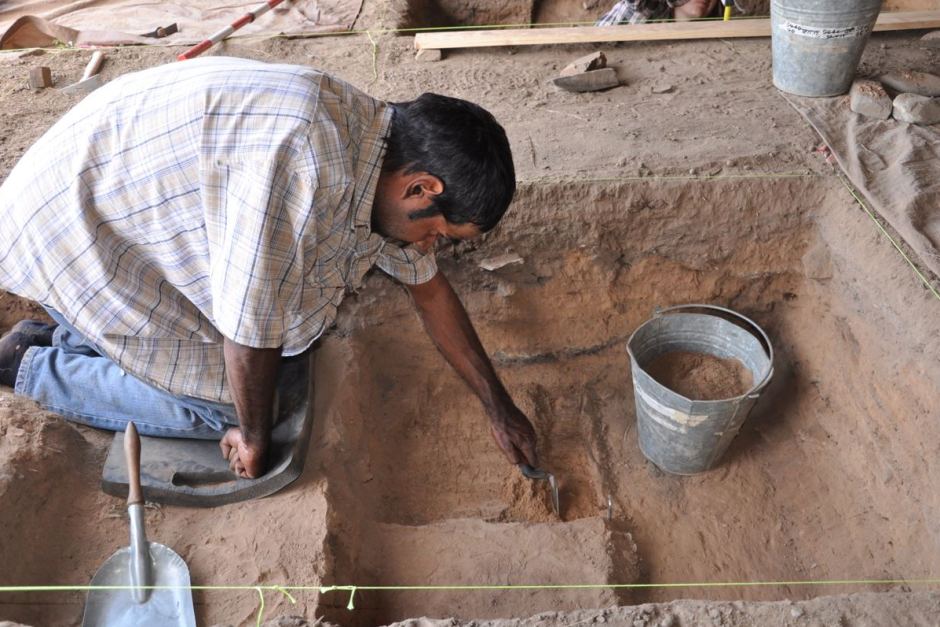 After nine years of excavation, they came to realise the age and significance of the site, which tells us a great deal about some of the earliest inhabitants of Australia, their environment and way of life.

Among the discoveries were a sharpened wallaby shin bone thought to be used as a needle – one of the oldest bone tools found in Australia. The date of the fossils also suggests that these people cohabited with megafauna such as Diprotodon optatum, a giant marsupial that resembles a wombat. Findings also show that ochre pigment was being used during this time. The location reveals that people may have migrated through central Australia southward earlier that previously thought, despite the arid conditions.

The surveying of our land has played a vital role not only in mapping out our country, but in the discovery of our past. The surveying profession provides opportunities for young people to work in a variety of environments, using science and maths to mark the way for future developments. Find out about more interesting surveying projects here.