Meet Narelle Underwood, newly appointed Surveyor General of New South Wales. Ms Underwood is the first female Surveyor General in Australia states and at age 32 is the youngest to take the role in NSW in 200 years. 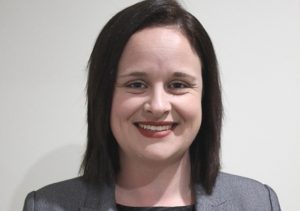 As NSW’s 25th Surveyor General since 1787, Ms Underwood will serve as President of the Board of Surveying and Spatial Information (BOSSI), chair of the Geographical Names Board of NSW and Electoral Boundaries Commissioner. She will bring her expertise to improve urban planning, community services and infrastructure and help keep surveying standards consistent nationwide.

Martin Hoffman Secretary of the Department of Finance, Services and Innovation, who announced the appointment assured, “Ms Underwood is a leader in her profession working as an advisor to the Board of Surveying and Spatial Information and Chair of the Surveying Mapping and Industry Council. She has also played a significant role in promoting and developing the survey profession, particularly in the tertiary sector and with young professionals.”

Of her new role, Ms Underwood said, “Being the first female Surveyor General will place my name in the history books alongside people who have made a significant impact to the development of NSW,” she said. “I have always seen the role of Surveyor General as the pinnacle of the surveying profession.”

Being the first female Surveyor General will place my name in the history books alongside people who have made a significant impact to the development of NSW.

Ms Underwood’s appointment should also encourage women to consider a career in surveying. “Surveying is currently a male dominated profession, and we are also facing a significant skills shortage,” she said. “I hope that my appointment to the role can be an example to young surveyors, in particular females, that there are a wide variety of career options available to them. I’m coming into the role at a time of great opportunity and change for the spatial and surveying sector.”