With over 150 years of history behind it, the Melbourne City Baths is an iconic building in the heart of the Melbourne CBD, and a beautiful monument to yesteryear. More than that though – it is also a fully-functioning modern facility, encompassing a swimming pool, sauna, spa, gym, cycle studio, squash courts, pilates beds and more.

As such, this is the rare building that both holds important historical significance whilst maintaining a role as an in-demand community hub. That means that the upkeep and ongoing development of the Melbourne City Baths requires specialised expertise.

That’s where surveyors and surveying technology comes in.

What role do surveyors play in maintaining the Melbourne City Baths?

AAM Group was contracted by the City of Melbourne to work on the Melbourne City Baths project. Ryan Kent, Business Development Manager with AAM Group, explains the reasoning behind the venture.

“The purpose of the project was to produce a digital twin of the Melbourne City Baths to assist with better facilities management.

“We have a fantastic team of 3D modellers that have produced a valuable, digital asset that will help the City of Melbourne and stakeholders collaborate and make informed decisions regarding the management and future use of the building.”

What is a digital twin?

A digital twin is a digital replica of an object or location, in this case the Melbourne City Baths.

Surveyors, utilising cutting-edge laser scanning technology, have the spatial and technical expertise needed to map out the data produced by laser scanning.

“To acquire the data, AAM conducted laser scanning throughout every portion of the building to produce an accurate and colourised 3D point cloud,” Ryan says. 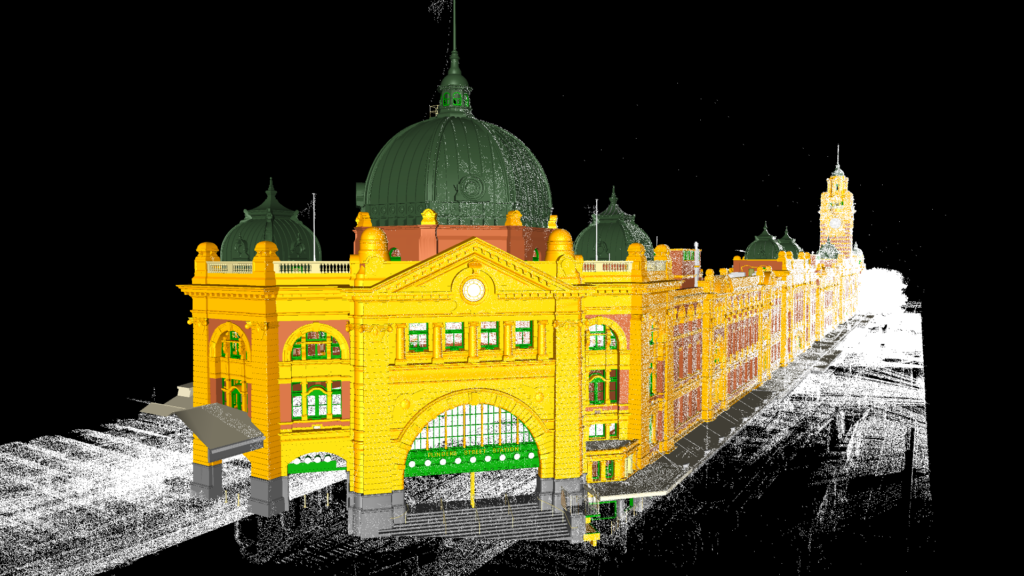 Accuracy is paramount, with a scan producing millions of points of data as well as high-resolution images that boast millimetre precision. By completing many scans from multiple angles, a team can align them all to create one complete scan.

Depending on what the goal or purpose of the project is, these digital assets can be delivered in different formats: textured, untextured, merged to form a mesh, in different levels of detail, and much more.

What is the aim?

The final digital twin will offer extreme detail, including data about aspects of the building or object that may not have been seen by an external viewer.

They are then utilised for all sorts of reasons, everything from city planning assistance to optimising wind turbine performance. In the case of the Melbourne City Baths, the City of Melbourne will be able to turn to that digital twin. This twin was used to identify the parts of the historic building that require restoration. It also highlighted which aspects of the structure to be mindful of when creating extensions or improvements.

Watch the video below to learn more about the Melbourne City Baths project. You can also click here to get a sense of the detail that can be conveyed using this process.

The Melbourne City Baths project is, of course, just one example of what 3D modelling can be used for.

Veris actually pioneered 3D spatial scans in Australia in 2002. Over the years have undertaken scans of other historical buildings in New South Wales such as Fort Denison and The Treasury Building. The 2018 scan of Government House Sydney was, like that of the Melbourne City Baths, designed to provide stakeholders with detailed information to help with the building’s maintenance and preservation work.

“To truly know a building as old and significant as this one, dating from 1845, we need to identify areas for required restoration that may not be visible to the naked eye,” explains Dayn Cooper, the Estate Manager at Government House Sydney. “The 3D model will enable me to prioritise work required on the house and accurately identify the type and scale of restoration needed.”

What else has 3D scanning been used for?

There are many examples of 3D scanning being used in Australia and around the world to support construction efforts, restoration work and building maintenance. 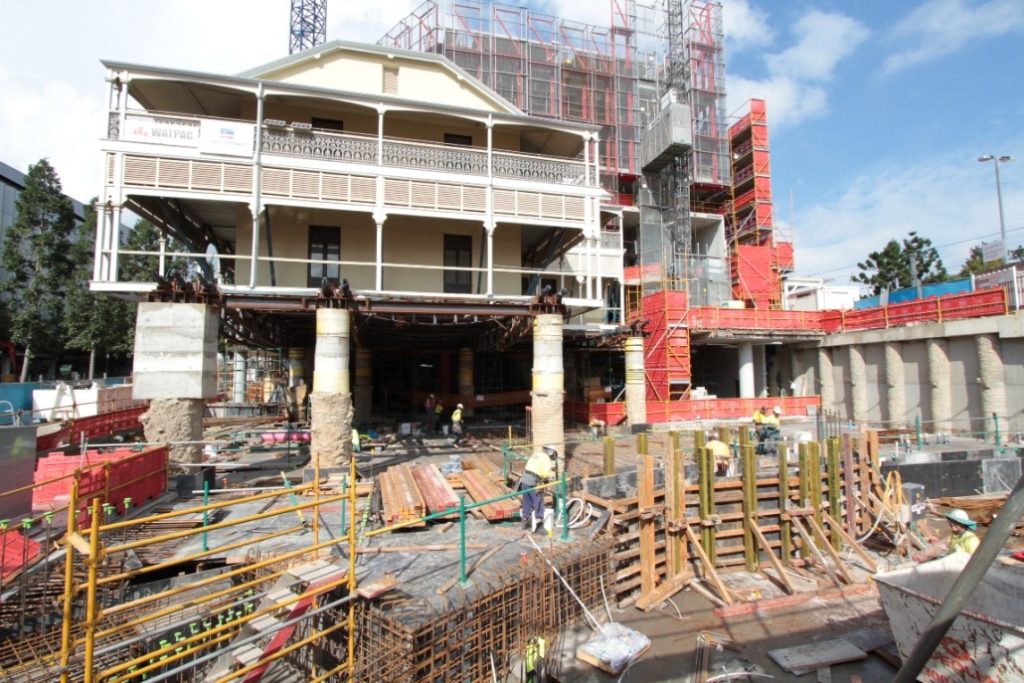 A Queensland example of note is a Brisbane historical landmark, Collins Place, erected in 1889. When the Southpoint development project was given the go-ahead  and two new buildings were proposed for construction alongside Collins Place, surveying technology and know-how were key to monitoring and maintaining the heritage-listed building’s integrity.

This project involved heavy excavation processes, as well as raising the 330 tonne Collins Place building approximately 880mm from its original location. As part of the continuous monitoring of the building, Land Solution Australia were commissioned to monitor the wellbeing of the heritage-listed structure. The surveyors made use of 3D scanning equipment including robotic total stations and monitoring prisms linked via communications to an onsite software platform. As such, Land Solution Australia was able to immediately react to any concerns in real time, ensuring the safety of the building and all onsite personnel.

Want to learn more about the technology behind surveying?

We are continuing to develop the website and produce new articles on surveying technology and some of the projects connected to this fascinating field. Click here to head to our technology hub page, here to read about Australia’s geographic datum is changing and here to learn more about surveying’s connection to Pokémon Go!