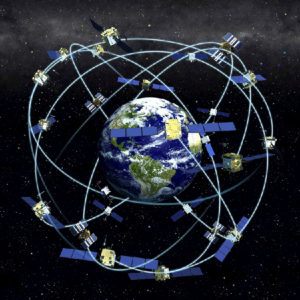 The surveying toolkit is packed with all sorts of complex equipment. While surveyors started out thousands of years ago with just a rope and a metal rod, their equipment arsenal has grown more varied and complex over the years. From the theodolite to the total station, technology has evolved, and the surveying profession has evolved with it. Today, surveyors have everything from drones to laser scanners at their disposal.

However, perhaps the tool that yesteryear’s surveyors would be most in awe of is GPS.

The satellite networks that dance around the earth’s orbit in the 21st century are signifiers of how far humanity has come. These systems are also extremely helpful for the modern surveyor. Let us break down how that is exactly.

Let’s start with the basics. What is GPS?

As you may already know, GPS stands for Global Positioning System. GPS is sometimes used as a generic title to describe all the Global Navigational Satellite Systems (GNSS). These systems can convey geolocation and time information to anyone with a GPS receiver that has a free line of sight to at least four satellites.

GPS is also the specific name for the United States’ Global Navigational Satellite System, operated by the US Department of Defense. That does not mean that it is just for the use of the US military; America has made the system open to the public.

There are multiple systems in orbit, including:

Depending on the grade of the GNSS equipment being use. Surveying equipment can provide sub-millimetre accuracy.

How does GPS impact surveying work? 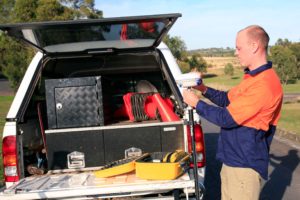 There are many uses for GPS in surveying work. In fact, the surveying professions was one of the earliest to adopt GPS in their work. Nowadays, it is much more commonplace across other industries.

GPS allows a greater degree of certainty and precision in surveying and mapping work. It is also much faster; what used to take a few weeks to complete with a full team can only take a few days with a couple of surveyors and a GPS receiver.

Think of a large area of land that may need to be measured – say, the property boundaries in a rural area. This can be achieved with much more speed and accuracy with the aid of GPS than with traditional methods.

Traditional surveying requires a clear line of sight between survey stations, which is a constraint that GPS sidesteps. This allows more freedom for the surveyor, even allowing for the opportunity to mount a GPS system on a vehicle to facilitate speedy data acquisition.

There are many additional applications for GPS in a surveying context.

In this video, the University of Southern Queensland’s Chris McAlister and some of USQ’s graduates discuss GPS’s role in surveying.

How do surveyors make use of GPS?

Surveyors access the GPS network using a satellite navigation device. These are sometime also referred to as GPS receivers. As such, the GPS receiver is a key part of the modern surveyor’s toolkit.

It should be noted that it is not as if GPS has completed supplanted the surveyor’s traditional array of equipment. For one thing, the cost associated with GPS use can be high which means that sometimes it is generally smarter practice to do things the old-fashioned way.

A second reason is that often it is not possible to make use of a GPS receiver – for instance, when it does not have clear ‘line of sight’ to the satellites it relies on to provide accurate measurements. In built-up areas, this can cause issues.

Practically, GPS technology is utilised in concert with a total station.

Want to learn more about the technology behind surveying? 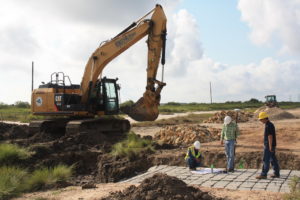 GPS is pretty impressive, but it’s not the only breath-taking technology that surveyors make use of on the job. In fact, we’re putting together a surveyor technology hub on this website.

Head over there now and you’ll be able to read up on 3D scanning, learn about Australia’s geographic datum, and find out how surveying is connected to Pokémon Go!

There are more items being added all the time, so don’t forget to check back regularly.