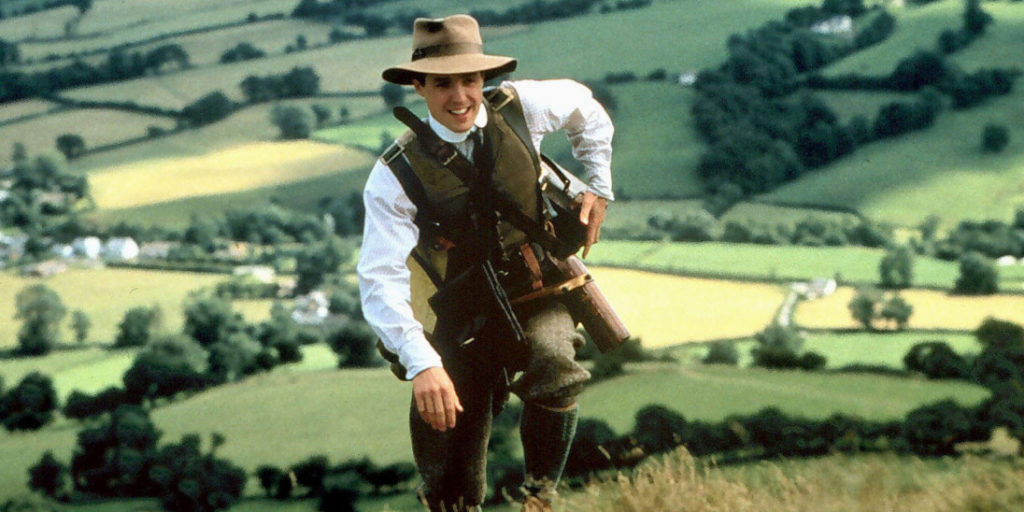 Surveying with the Stars

That’s right. You might have missed the memo, but Hollywood has a long and illustrious career of sneaking surveying into the background – and sometimes foreground – of their blockbusters. In fact, some of the biggest stars to ever grace the planet have operated a theodolite in exchange for those Hollywood big bucks. Thankfully one of Australia’s own surveyors has done the hard yards to catalogue surveying’s greatest hits on the big screen.

According to licensed surveyor John Brock, there are 428 Hollywood style cinema productions which include surveying content… and that’s not even beginning to take into account documentares.

He’s spotted Nicole Kidman, who plays archaelogical stalwart Gertrude Bell in 2015’s Queen of the Desert. Cary Grant plays a surveyor who is best freinds with Thomas Jefferson in The Howards of Virginia in 1940. And then there’s golden age silver screen hero Randolph Scott, known for his cowboy adventures in the early 20th century, who really raised the surveying flag for cinema by appearing in four films that featured surveying, including a particularly notable turn as a land surveyor in 1932’s Heritage of the Desert.

What better way to salute John’s work – and the sterling work of the cinematic surveyor – than with an old fashioned top five countdown? Here lies the most notable appearances by the humble surveyor in movie history…

5. There Will Be Blood

John’s film notes: “There Will Be Blood is a very dark examination of everything bad about humanity – greed, envy, cruelty, exploitation and murder. Oil prospector of native American ancestry Daniel Plainview (played by method actor Daniel Day-Lewis) lies and cheats his way across outback US states defrauding land owners of their land for obscene profits making millions from the oil lying underneath. Daniel is seen engaged in two surveying scenes while exploring the land to be drilled. Near the end of the movie, while in a drunken stupor, he takes pot shots at the family crockery then checks the results by looking through a survey instrument. Rather curious employment of the survey equipment by the erstwhile director! The only redeeming feature of this hideous production is that the main actor won the Best Actor Oscar, and he was the surveyor!”

John’s film notes: “A true story about the Jewish uprising which occurred in 73-74 AD when a militant group of Jews occupied the fortress at Masada to be placed under siege by the Roman legion led by the Centurion played by Peter O’Toole. The impenetrable citadel had been built on the top of a precipitous crag by Herod the Great and the only way that the Romans could get to the rebels was to construct an earthen ramp upwards to the gates of the lofty fort. Roman surveyor Rubrius Gallus (played by legendary actor Anthony Quayle) is shown making the survey to erect the inclined access up the hill utilizing a genuine groma, the remains of which a similar surveying device had been discovered in the archaeological excavations of Pompeii which had been buried by lava in 79 AD, only five years after this resistance attempt by the Jewish forces.”

John’s film notes: “With a great deal of authenticity we have the Oscar-winning 1975 foreign film Dersu Uzala, in which Japanese great producer Akira Kurosawa includes on-site filming in Siberia where the Russian Topographic Corps Captain Arsenev makes surveys in the forbidding north-western regions of Russia, facing death from many challenges cast in his path. However, he befriends a Goldi bushman named Dersu Uzala who saves his life many times over: they are attacked by a Siberian tiger and then survive a frozen fate below 40 degrees Celsius when Dersu makes an ice resistant shelter with grass placed around the theodolite’s tripod as a frame. A true epic of photography with a storyline exposing the human prejudices in race and lifestyle prevalent in the world.” 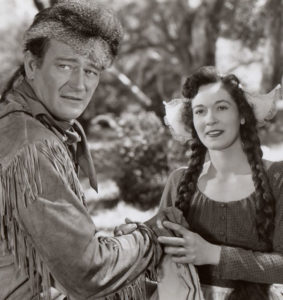 John’s film notes: “When it comes to western movie heroes there are none greater than “The Duke” – John Wayne – and he played a surveyor in the 1949 film The Fighting Kentuckian. When the local land baron bad guy has the town boundary surveyor killed he sets about swindling the French settlers out of their land holdings, but Kentucky Long Rifle Captain John Breen (played by Wayne) comes to town undercover as the replacement surveyor with his chainman Willie Paine (Oliver Hardy of Laurel & Hardy fame). While devising their action plan in a log cabin with the Surveyor’s Transit (also known as the US theodolite) standing in front of him, Hardy scornfully states that, “We don’t know enough about that thing to fool anybody?” to which Wayne retorts: “Well, sure we do! You’ve seen army surveyors at work. You grab that pole and walk backwards, and I’ll stand behind this thing and wave at you!” Well, that certainly is one interpretation of how to do it, Mr. Wayne…”

1. The Englishman That Went Up a Hill But Came Down a Mountain

John’s film notes: “Clearly, my number one surveyor movie has the rather cumbersome title: The Englishman That Went Up a Hill But Came Down a Mountain. This is a true story set near the end of World War I in 1917, when two British Ordnance Surveyors – played by Hugh Grant and Ian McNiece – are sent to Wales to ascertain the height of the highest mountain in that country. Having determined that the Welsh “mountain” is 16 feet short of reaching the category of a mountain, the locals are devastated with the outcome. Hell bent on keeping the surveyors in town until they build up their “hill” to the required height, then getting the surveyors to re-measure it, it becomes a matter of sabotage and chicanery while the whole town pitches in against torrential downpours to achieve a hard fought battle against nature which inevitably results in the remodelled height making the desired target. The lead lady in this movie is Tara Fitzgerald who falls for Surveyor Hugh’s charms by the conclusion of the story.”