Putting the theory to the test at the University of Newcastle

It’s one thing to be taught the theory behind surveying – it’s another to be out there in the field putting theory into practice!

That’s just what some of the University of Newcastle’s third year surveying students got to do as part of the university’s annual students survey camp. 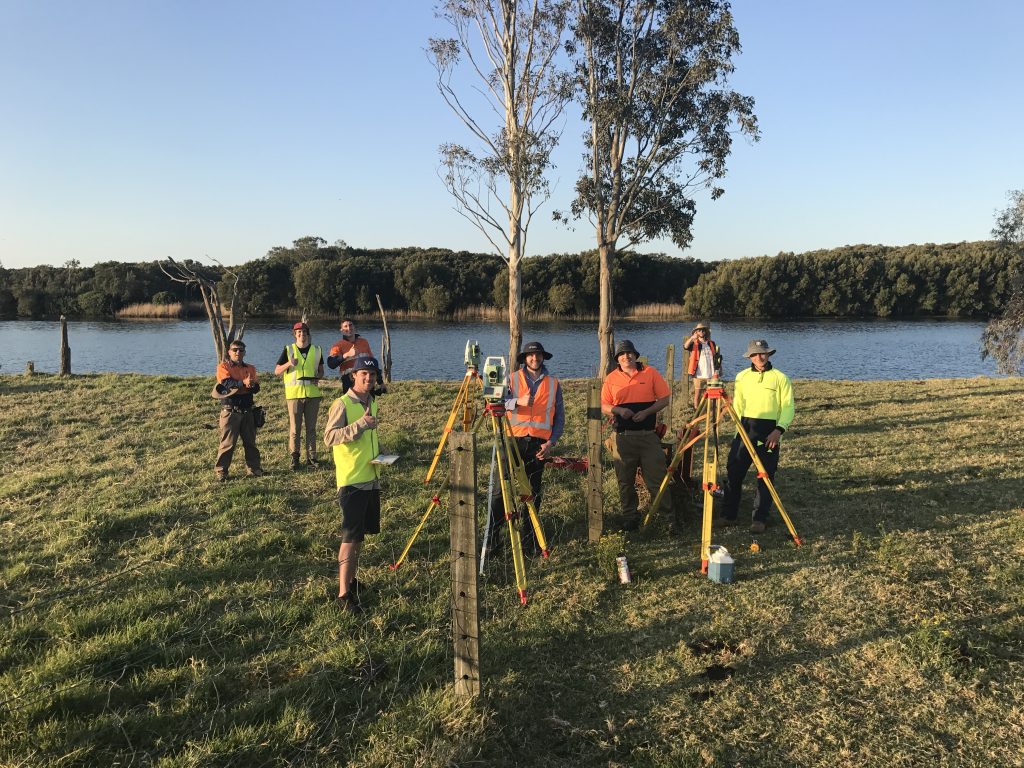 Running five days in length and taking place on a private property on the beautiful western bank of the Hunter River in Woodberry, the camp proved to be a rewarding challenge for the students – not to mention a chance to mingle in the field with professional surveyors and knowledgeable teaching staff.

This survey camp provided practical, hands-on experience, giving the group of 29 students a chance to tackle some of the varied issues they’d face out on a real surveying site.

One of those issues was – as ever – time! With a lot to learn and put into practice in just a few short days, the students were racing against the clock – and with university protocols clear about when the students have to be off campus and having a well-earned rest, there was little time to spare. Thankfully, there were barbecues, Thai food nights and plenty of pizza to keep the team fed and ready for the next obstacle. 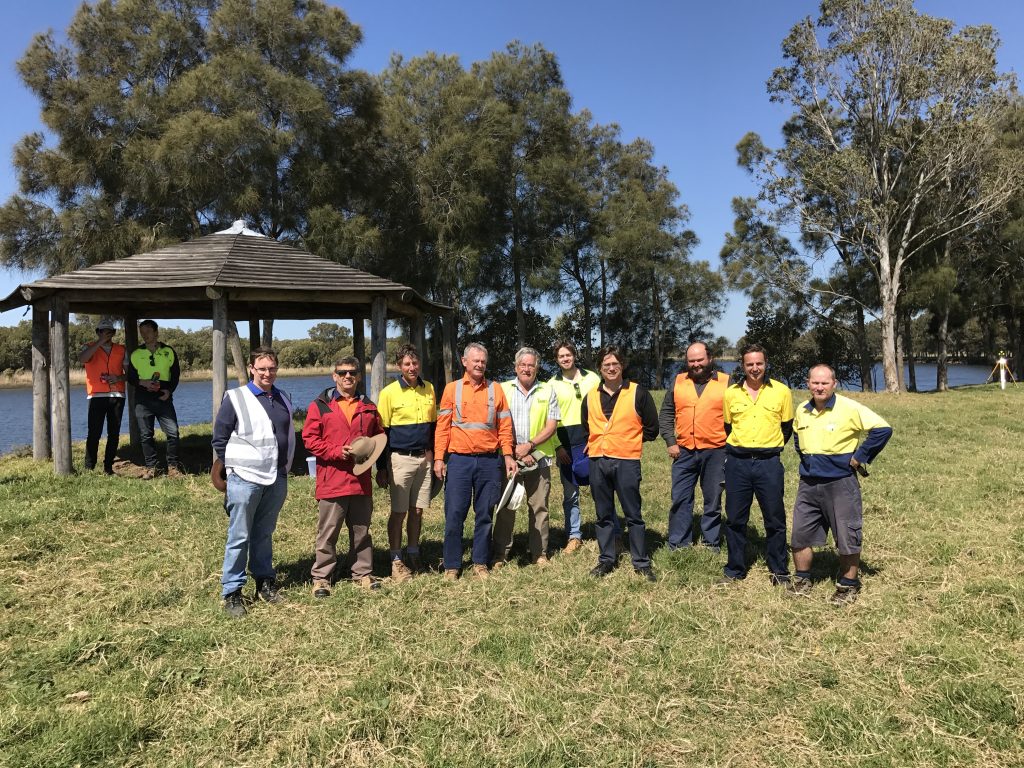 The who, the what and the why

At the helm every step of the way was the event organiser, the University of Newcastle’s Lecturer in Land Boundary Definition. He was assisted by Registered Surveyor Chris Abbott.

However, with such a large group of students left in their charge, the two were glad to have the support of the local Hunter Manning Group of the Institution of Surveyors NSW. The group provided a host of respected mentors from the profession, ready and willing to give up their time to make sure the camp ran as smoothly as possible – and that the students got as much out of it as they could.

Some of the students even said that having the old pros there had the great knock-on effect of making them feel more accepted by the profession that they’re working to be a part of.

The students themselves came from right across New South Wales, including Sydney, Newcastle and a number of rural areas. They were all united, though, in their determination to get to job done.

By the time Friday rolled around, there was a 2pm deadline for the students and few surprise last minute hiccups. But the University of Newcastle team could already see that the results of the week were clear – there’s a new batch of surveying greats just around the corner.

Not only that, but there was a wonderful sense of pride that, for the second year in a row, no-one had managed to fall into the river.

To find out more about the University of Newcastle’s surveying study opportunities, take a look on the university website or visit our Where to Study section.