Sydney surveyors have uncovered historical treasures at a site in Pitt Town that once belonged to colonial governor, William Bligh.

The 8.8 hectare site is thought to be the location of Blighton Farm, where major historical events occurred including a military coup known as the Rum Rebellion, where Bligh was deposed.

RPS Group’s Cultural Heritage and Survey and Mapping teams were commissioned to survey the area for archeological artefacts, now completely hidden after centuries of farming and landfill. The land has been earmarked for residential development so recovering the last remaining pieces of colonial heritage was a priority.

In order to pinpoint areas for excavation, the Survey and Mapping team used Ground Penetrating Radar (GPR), advanced technology which enabled them to scan the area and create 3D maps identifying underground objects. A Mala Imaging Radar Array (MIRA) – the fastest and most accurate GPR in the industry, allowing the team to conduct the survey and excavations in just three days. 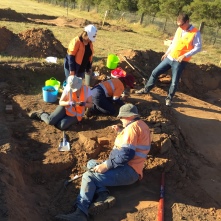 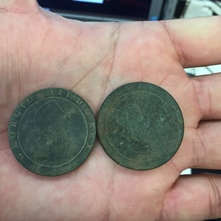 This data enabled the Cultural Heritage team to find a number of important artefacts including footings of a brick outbuilding dating back as far as the 1790s, most likely from one of the earliest farms in the Hawkesbury region. Eight coins dated between 1797-1827 were the only artefacts linking to the period of Bligh’s governorship.

Read more about the project here.