Australian Museum’s latest exhibition, Trailblazers: Australia’s 50 greatest explorers takes you on a journey with 50 of Australia’s most renowned explorers. 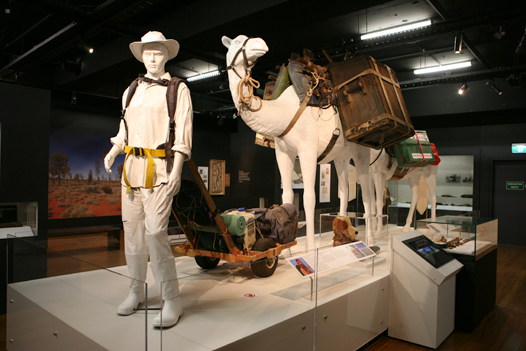 They sailed across unchartered oceans, trekked the wilds, ventured into outer space and discovered the wonders of the world.  Much of what we know about the earth and the development of societies came as a result of the dangerous and exciting journeys of explorers.

Trailblazers: Australia’s 50 greatest explorers tells the stories of Australian pioneers who pushed beyond the boundaries to change the way we see the world. The exhibition, now on at Australian Museum in Sydney, features men and women from Captain Cook and Bourke and Wills to modern day explorers such as Andy Thomas and Jessica Watson. You’ll get an inside look at their daring adventures across land, sea and the solar system. 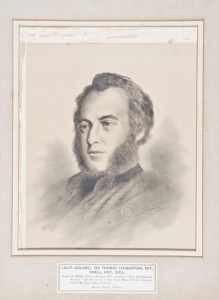 One such explorer is former Surveyor General, Thomas Mitchell. Mitchell came to Australia in 1827 and made often perilous journeys, laying out many towns, road routes and reserves as well as discovering some of the best farming land in Victoria and Queensland. The Mitchell Highway and Queensland town of Mitchell were named in honour of this influential surveyor.

While circumstances are quite different to those early days of discovery, today’s surveyors have an equally important role in shaping the future of the world. When Thomas Mitchell was surveying the east coast of Australia he had very limited instruments to work with. Now, advanced technology enables surveyors to more accurately analyse, plan and develop.

Make sure you check out the exhibition and be inspired to make your mark on the world. Trailblazers: Australia’s 50 greatest explorers is on at Australian Museum until the 18th July 2016. Click here to book tickets.