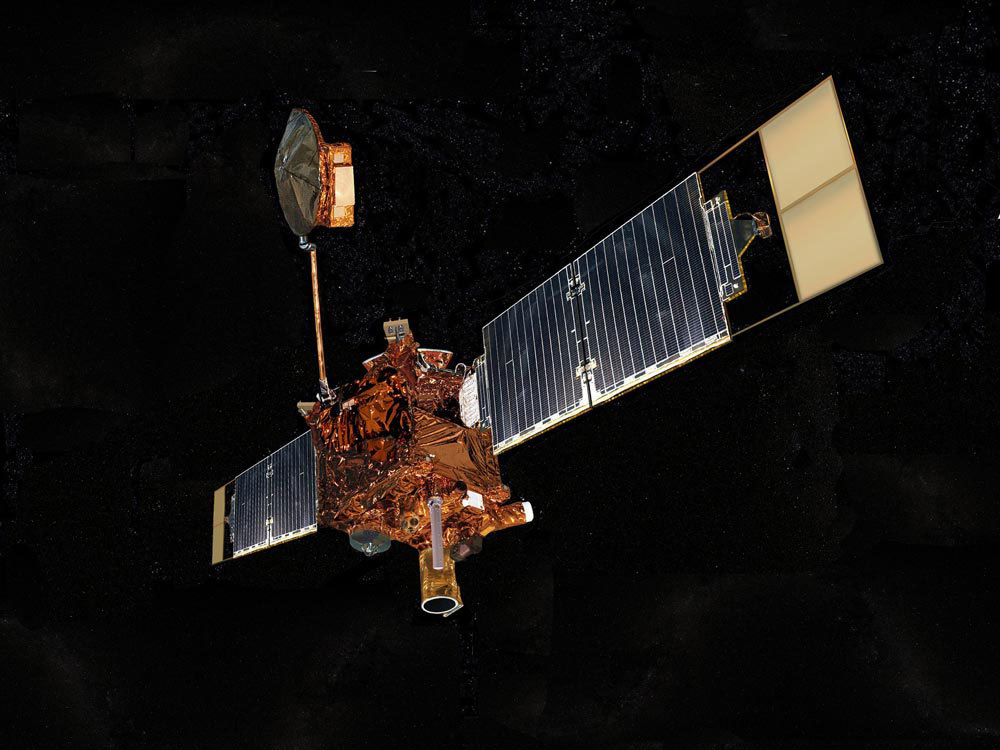 Here on this very website, we describe surveying as, “the measurement and mapping of our surrounding environment using mathematics, specialised technology and equipment”.

But where does that leave alien environments?

The surveyors of yesteryear were explorers of a kind, discovering foreign lands and mapping them as they went. Those documents proved invaluable records of our past geographical discoveries.

As humanity reaches out to the cosmos, surveying techniques once again are called upon to mark our place in the universe. What is surveying’s role in exploring Mars?

Surveying the next frontier 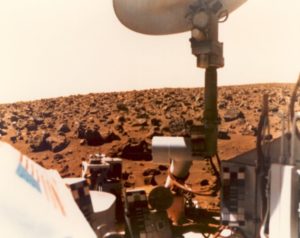 A 1976 colour photograph from Viking 1 documenting the Mars surface.

Since the 1950s, humanity has made strides to get closer to Mars. There were orbiter fly-bys that collected photographs and images in the 1960s. Then in 1976, the United States’ National Aeronautics and Space Administration (NASA) successfully sent their Viking 1 and Viking 2 orbiters to Mars, with a lander making Earth’s first touchdown on the planet’s surface. Since that day, we’ve made use of increasingly sophisticated technology in an effort to truly understand Mars.

And to understand it, first we have to map it.

Just like satellites aid modern surveyors on Earth, satellites could be used to map the surface of Mars. A particularly important step in Martian exploration was the successful launch of the Mars Global Surveyor in 1996.

The Mars Global Surveyor was designed to scan and map the entire surface of the planet from orbit. The high-resolution images it harvested showed us the highest peaks and the deepest ravines of Mars’ surface. In time, the entire planet’s surface was scanned.

The mission was to last a full decade. In this time, the Mars Global Surveyor even managed to observe the formation of new gullies, boulder tracks and craters. Meanwhile, there were ground units hitting Mars’ surface to gather additional geographic data: the Mars Exploration Rover vehicles Spirit and Opportunity spent a collective 8,000+ days roaming the planet’s surface.

One of the most recent and most exciting tools in the Mars exploration arsenal is NASA’s InSight lander.

InSight stands for Interior exploration using Seismic Investigations, Geodesy and Heat Transport. The lander is the first mission dedicated to looking deep beneath the surface of the planet, and it does this using technology similar to that which surveyors use here on Earth.

Researcher Katarina Miljkovic was one of several Australians who collaborted on InSight. Talking to Spatial Source, she explained, “InSight is different to previous Mars missions. It is not a rover or an orbiter. It is a geophysical station to be placed on the surface with passive instruments that will sense the interior structure. The aim is to understand how Mars has formed, how it differentiated and how much is it different to our planet.”

It’s thanks to NASA’s InSight lander mission that we now know that Mars experiences quakes just like Earth. We also now have a much better understanding of Mars’ interior structure and its evolution – and some of its magnetic anomolies. This is information that will be of great use in the future.

What if there was life on Mars? 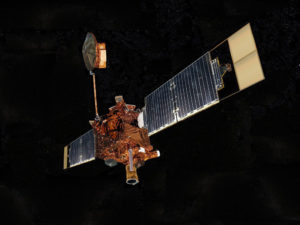 But what of that future? What might traditional surveying look like on Mars if we were to ever step onto the planet’s surface?

Historically, Earth-bound surveying made use of the compass as a standard tool. With technological advances that is seldom still the case; all the same, it is worth noting the unusual magnetic activity on Mars that was noted above will impact how we might approach surveying and geodesy,

Mars has no global general magnetic field – though its pockets of magnetic rock and other magnetic anomalies would have to be accounted for by experts when they develop Martian surveying equipment.

Modern surveyors often make use of the Global Navigation Satellite System, and it is clear that something similar would be required when surveying on Mars.

What does the future hold?

It’s an intriguing prospect to think about how surveyors might adapt to entirely different planet’s environment. Certainly, it’s a much bigger leap than surveyors of the past who have just had to contend with new countries, or continents.

All we can know for certain is that technology will keep advancing, and that will impact what surveyors can achieve – both on this planet and the next.

To find out more about the technology that surveyors utilise, explore our website further. There’s a lot to discover!