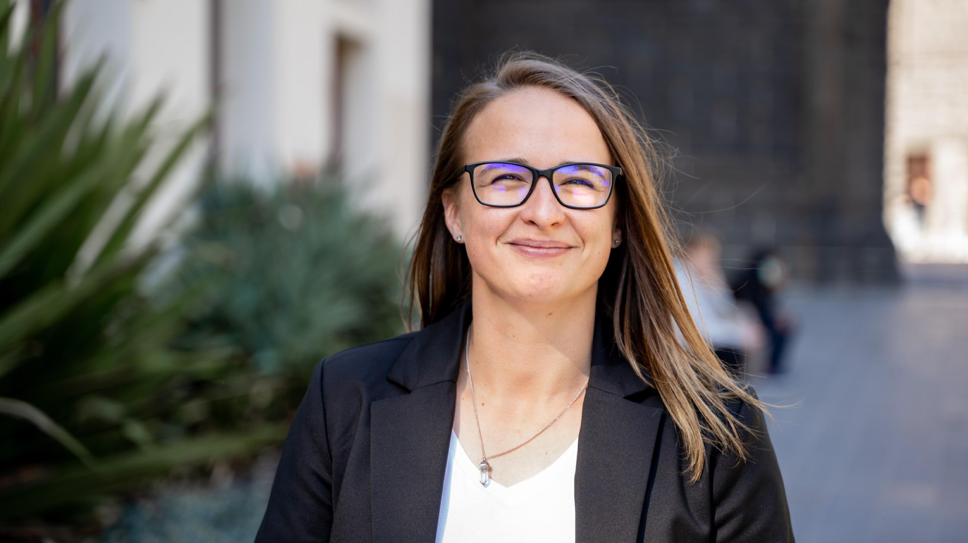 Surveying seems to attract people with drive, passion and verve. Georgia Moore is no exception.

The RMIT student already has two surveying and spatial science qualifications under her belt, and she’s heading for a third. Not before she’s managed to score not one, but two major awards for her dedication and excellent coursework.

When Georgia was living in Canada, she wasn’t anticipating that she would be soon be back in Australia undertaking a Diploma in Surveying. In fact, while she had long harboured a love of science and geography, surveying study wasn’t really on her radar at all. 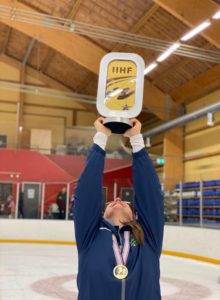 Instead, at that time, Georgia was invested in her love of ice hockey – a passion she maintains to this day. She’s taken on the roles of Captain of the Australian Women’s team (2019), Assistant Captain of the Melbourne Ice (AWIHL) team, and even the Assistant Coach to the Tier 2 Melbourne Chargers hockey program.

In 2016, when she decided to take the return journey back from Canada to Australia, she turned her mind to her future and what it might offer. Following in depth research and soul searching, surveying and spatial analysis became the answer – and Georgia began her path by enrolling in the Diploma of Surveying.

What happened next was impressive. Not only did she ace the diploma with flying colours, she achieved a perfect GPA of 4.0 and was named Dux of the program. This set the path for her next course, the Advanced Diploma of Surveying, which she bested in a similar fashion.

One lecturer, Andrew Bashfield, remarked on Georgia’s efforts with admiration: “In reviewing her submitted assessment material, at one point I made the comment, ‘Perhaps this is too easy’, with respect that she was doing so well at Diploma level that she was not being sufficiently challenged.”

Professionally, meanwhile, Georgia has already stepped into the spatial career arena, with a position at Omnilink. A GIS consulting company, Omnilink represents a chance for Georgia to put theory into practice as she developed her understanding of spatial and surveying fundamentals. Getting invaluable hands-on – and paid – experience is a pathway that many students take advantage of as they progress through their studies. 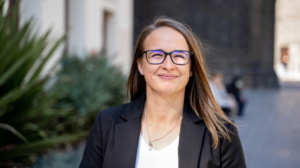 This award is offered each year to a female graduate of an underrepresented Science, Technology, Engineering, Mathematics or Medicine (STEMM) study program – and surveying fits the bill!

As if the SWAN award wasn’t enough, she was awarded the RMIT Vocational Student of the Year award and nominated for the Victorian Training Awards.

The decision was weighted on everything from Georgia’s study and career achievements, to her proven communication and co-working skills, to her plans to be an ambassador for the industry.

Georgia plans to use the platform afforded by this win to further the visibility of women in STEM fields – and to promote the financial and systemic difficulties faced by many women in sports, as inspired by her time within the global ice hockey community.

A tale of inspiration

The path that Georgia Moore took into the spatial industry is an inspiration for anyone with a passion for STEM subjects that might be wondering how to translate that interest into a career. As she embarks on her third spatial qualification in 2020, you can explore this website to find out what surveying can offer you and your own future.

The measure of the future